Most of these 45's can be found at my ebay store. At least for the next month or so till ebay prices me out. I'll move them somewhere, or maybe build my own website, haven't quite figured it out yet. Anyway, for now you can view them at
Ebay or, Bonanzle

45stalker
I've been collecting records for about 35 years now. These are a few of the 45's I'd like to share. 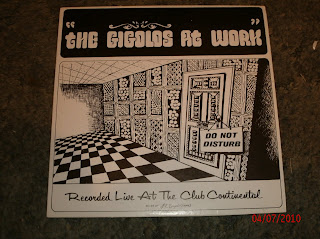 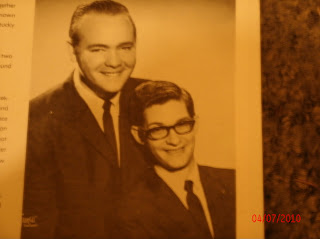 You ever have one of those days. I've been mailing records at the post office for about 5 years now. The cleaning lady was always there in the mornings when I would go down. After awhile, she pulled me aside and said she had a box full of albums and would I mind trying to sell them for her. She's the mother of a classmate of mine, so I humored her and said I'd take a look. Been trying to avoid the post office in the mornings since then. Screwed up this week and went down, and she caught me again. I figured I'd take my medicine and go over and look over her collection. Thoughts of Mantovani and Lawrence Welk danced through my head. Well, I finally went over, and after a tour of her house, we got down to looking at the albums. Lawrence Welk and Guy Lombardo LP's, along with country and Xmas compilations were prevalent. You've all seen these collections, you pick up a box or 10 of LP's for cheap just hoping you can mine a little gold out of it. Anyway, I told her, gently, that I didn't think she had anything that I could sell for her. Actually, I thought I couldn't pay people to take these records! But I told her I'd take the box home and go through it. She didn't want it back, so when I got home, I stopped at the dumpster and started dumping! I culled 4 out that looked interesting, and this was one. Pleasant surprise. It's not quite great, but I loved listening the first time. The Gigolos are a duo, Harold Gilbert and Carl Sanders. Harold played the B-3 Hammond with a Kruger String Bass Attachment for the pedals and Carl used a double bass drum set by Rogers. The recording was done with an Ampex AG-350 with Sony & Newmann microphones. I looked at the track list and the first track on side 2 was a Buddy Holly medley, so I started there. Pretty cool, I think they got Buddy's whole catalog in a 9 minute jam. Then the next track was Midnight Hour. Here the boys lit up. It's Midnight Hour with Little Old Man thrown in the mix. Check out the photo from the back cover of these two square-looking white kids and then listen to the track! It'll blow your mind. The rest of the LP is a mixture of lounge, RnB and rock. It's a pretty cool find and I can't find out anything about this group. It was recorded in Kearney, Nebraska in 1968, so I imagine they were students or grads or Kearney State College. Anyway, I hope you enjoy this as much as I did.